The debate between Prolifers and Prochoicers is one that has been long-running and often including voices that have no right to be in the conversation (i.e. someone like me, a man who can’t get pregnant). In America, the law was settled through Roe v. Wade (1973) that women have the right to choose between carrying a pregnancy to full-term and delivery or terminating the pregnancy altogether until/before fetal viability. This ruling (Roe v. Wade) granted women a right they should have always had, which is that they get to dictate what happens to their own body, not only protecting the women’s health and choice but also the potential for human life. Even though this is a human right, to be able to choose, some people have continuously tried to stray the issue from Pro-Choice to Pro-Abortion, which simply isn’t the case. One can use the sensitive scenario of a woman who is raped, having to carry the child (the result of rape) to full term as one that no person should have to go through thus allotting for the possibility of abortion, but I think the issue is much more simple than that. The issue is that a person has their body, and they have the right to do whatever they want to their body, especially if it is concerning an issue that can alter the rest of their life, taking them from human person to human parent, or even economic state (i.e. having more children to care for). 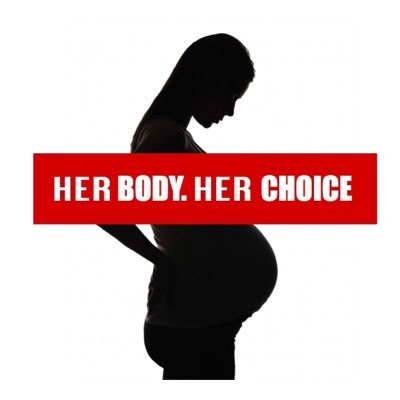 Abortion is not only a feminist issue, it is an environmental one at that, as Hawkin’s explains, “As a backup to contraception, abortion plays an important role in limiting the ecologically damaging effects of the human population in all parts of the globe.” This shows the alignment between feminist and environmental issues, as the global population increases, so do environmental damage done by human beings. For a woman to be offered the choice of abortion not only allows her to choose between the consequences of having a child or having another child, but it’s also in a larger scale is a choice that directly affects our environment. Hawkin illustrates people living in poverty may opt for a larger family as “a way of coping with the immediate economic conditions” by assuring more hands to work and the likelihood parents will be taken care of at old age. However, this results in a greater economic struggle and usually caused by people living in poverty not having access to the means for limiting their family size. Hawkin also explains that “the environmental toll taken by each new human born in the developed world will be very much greater than that of one born elsewhere.” However, the ecological effects of industrialized nations are often far greater than these figures and should not be ignored even within the conversation of human life and it’s direct effect on the environment. Hawkin also shares a very telling figure, that though in 1986 worldwide the population grew by 86 million, “an estimated 54 million abortions were performed.” If this were to be a similar figure to the population growth of every year, that would mean that about 39% of all potential births were prevented by abortion alone, meaning our global population would likely be around 39% greater than it currently is! This is not a figure or environmental consequence we would want to imagine. From an eco-feminist point of view, it is clear to see why abortion should always be a choice, not only for the potentially pregnant women but for the global environment. However, I stand clear that abortion should always be a woman’s choice and not one determined by anyone other than the sole person who is pregnant. No matter what the environmental effects are, no nation or group of people should be able to restrict or enforce abortion based on any issues, but especially not on the issue of population size, no matter the environmental effects. We should instead offer free comprehensive contraception education and tools (birth control, condoms, etc.) to the full public as a way to ensure human health and environmental health. We must look to the larger global implication of our practices surrounding health, pregnancy, and the environment in order to understand how to better prevent the negative effects we have on the world and other people. Thus concluding that when taking in the larger global implications of giving birth to human life, being pro-choice is really being pro-life. 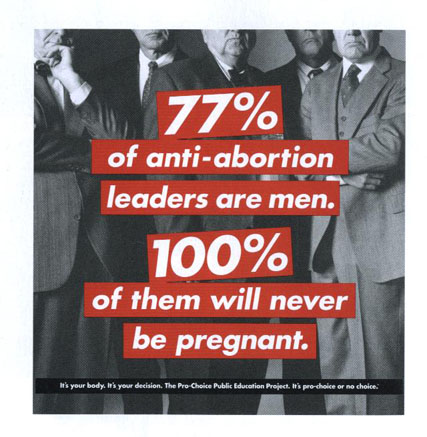