Environmental degradation has held many consequences for women and girls in the Global South. The environmental changes caused by pollution, global warming, and other factors have led many women and girls in developing countries in very hopeless positions. As this week’s readings pointed out, “women are intrinsically linked to water resources because of their roles and responsibilities in using and managing water” this means that the more difficult it becomes to access clean water in developing nations, the more women are affected as gatherer’s of water. Women and girls have been forced due to environmental consequences, to source water and other goods outside of the places they reside in. As Bina Agarwal points out in her scholarly journal, “the gender division of labor, social relations, livelihood possibilities, and kinship systems” has intensified due to the depletion of forest, water, and soils causing women to have longer working days, gathering resources like “fuel, fodder, and water” thus extending their work days to ten to twelve hours. This is pivotal and important because due to the long work days women and young girls are unable to strive after other opportunities such as education and professions outside of domestic gathering, thus limiting their freedom in all aspects of their lives and limiting their independence. These hardships caused by environmental degradation has led to emotional and interpersonal hardships among families. Agarwal notes that often times these tensions are seen among mothers-in-law and young women because of the generational differences from the environment and its resources before and now. It’s important to acknowledge that these issues caused by environmental change have had profound effects on the mental health of women in these developing countries. In Uttar Pradesh, “the growing hardship of young women’s lives with ecological degradation has led to an increased number of suicides.” (Agarwal) This is distressing because, given the continuing increase in environmental degradation, suicide rates can only be expected to rise as well. 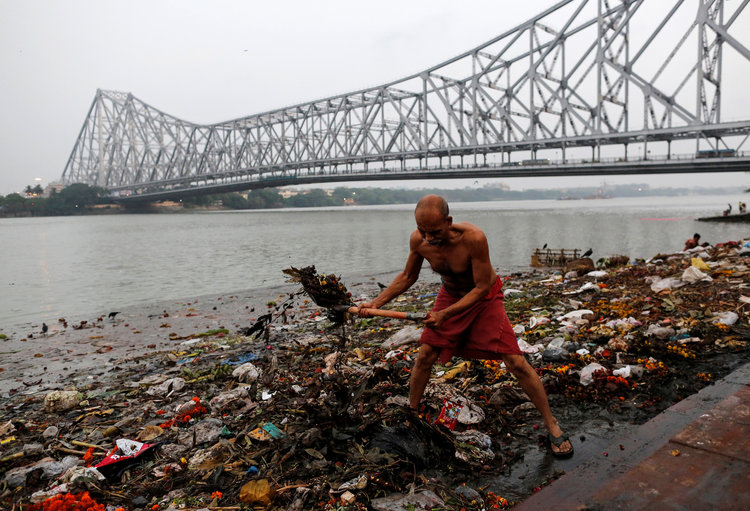 Scientist and activist Vandana Shiva acknowledges the systemic issue plaguing developing countries and corporate “trade agreements.” Shiva states that the biological wealth of poorer countries was “too often appropriated by global corporations that neither sought their hosts’ consent nor shared the profits.” This is no new fad, countries have long been exploiting or straight up stealing from poorer or defenseless nations, often even going as far to cause political and civil unrest in some nations in order to exploit their natural resources. Simple examples can be noted in what the United States of America did during the 19th and 20th century, interfering with nations like Panama, Honduras, Nicaragua, Mexico, Haiti, and the Dominican Republic, installing governments that would do as America says and allow for further exploitation. America is actually a key nation when we talk about the broad spectrum of governmental toppling and large corporations exploiting developing nations for their resources. Following World War II, America continued to extend their newfound world power and influence in struggling nations around the world, especially those in South America and the Middle East, (examples: Vietnam War, Bay of Pigs,  Persian Gulf War) If we understand the issues plaguing other nations and can sympathize with the everyday struggles common people face in these developing or poorer nations that have been environmentally exploited by larger nations like the United States then we must enact change and vote for politicians that see these as real foreign policy issues that need to be dealt with. It is not fair, just, or moral to sit back while so many human beings suffer for the unnecessary prosperity of a few. We need to look at ourselves, enact change, and fix the broken systems that led to environmental degradation and resource exploitation taking place all around the world. Here is a Wikipedia Page on the U.S.’s involvement in regime change.